One of my students is rehearsing a play that requires her character to be at a dance.  I happened to see a few minutes of rehearsal, and noticed that she kept looking to the floor, which is a choice I try to encourage actors to not use to excess.  Audiences like to see your eyes.

She explained that she was looking at the floor because she was waiting for someone to ask her to dance.  In other words, she had chosen to have her character be bashful and demure, and so refusing to make eye contact with any men, to put any pressure on them to ask her to dance, or to invite them to do so with her eyes seemed to be the way to go.

Except that it doesn’t work, and not only because the audience can’t see her eyes.

It doesn’t work, because bashful and demure are adjectives.

But wait! I hear you say.  She said she is waiting for someone to ask her to dance!  “Wait” is a verb!

It is.  But it’s a pretty dull verb to watch on stage.  As actors, you need to choose active verbs, and verbs that have some strong needs driving them.  There isn’t a lot of strong need behind the verb “to wait”.

The direction the actress is heading is fine.  Let’s see if we can translate what her instinct is telling her into something that is more active that will create more interest in the scene.

I think back to my junior high dances, and what it was like to wait for some boy to work up the courage to ask me to dance.  None of the girls wanted to be categorized as wallflowers; we all wanted to be dancing all night long, but this was back when it wouldn’t have occurred to us to ask a boy to dance.  So we waited.  But “waiting” wasn’t actually what we were doing.  We were praying someone would take us away from the wall, to prove to everyone else that we were desirable.  And to prove to ourselves that we were.

There was a lot of emotional energy coursing through us, and that’s a strong thing to bring on stage.  A desperate need to be wanted.  So instead of looking at the ground shyly (an adverb), she can be looking around for someone to ask her to dance.  Maybe smiling at someone who glances her way, issuing a shy invitation.  Or darting her eyes away when she’s afraid a handsome man noticed her staring at him, sure that he couldn’t be interested in her.

Let’s take it a little further.  What if the character doesn’t want just a dance – she wants a boyfriend?  She clearly doesn’t have one, or he’d be dancing with her.  So she’s standing at the wall, desperate to be taken away from it so that no one feels sorry for her, and desperate to have a boyfriend who will be a regular Saturday night date and keep her out of these situations.  Someone she can bring to parties and family dinners.

Let’s take it even a little bit further.  We want to ramp up what’s at stake for her as high as possible.  Never settle for something short of the peak.  Always push it up the mountain as high as you can.

What if she isn’t just looking for a boyfriend, but she’s looking for a husband?  Not just any husband.  Her dream man.  The man she will adore until the day she dies.  The man whose children she wants to bear.

What if our young lady is on a quest for nothing less than True Love?

Love is a powerful choice.  If you can, always, ALWAYS choose it.

What if our young lady has spent too many years alone, and can’t bear it anymore?  She’s tired of waiting for the right man; she wants him to enter her life NOW.  Maybe she needs something good to happen in her life, and she thinks the right man will bring about that change.  Maybe she is desperate to have a child, but isn’t willing to settle for a child by just any man.  He has to be the right one.

Suddenly, there’s a lot at stake for the young lady at the dance.  Suddenly she’s no longer just waiting for something to happen TO her, she is taking action herself.  She has come to the dance for the express purpose of finding her Knight in Shining Armor.  Everything is on the line for her at this dance, and so whatever she does, and whatever she says, is going to be driven by this need to find True Love.

To find True Love is the objective; the strategy is to meet him at the dance; the tactics may be to pray, to flirt, to invite, to smile, to encourage, to identify potential lovers, to avoid men she knows are wrong for her.  Etc. 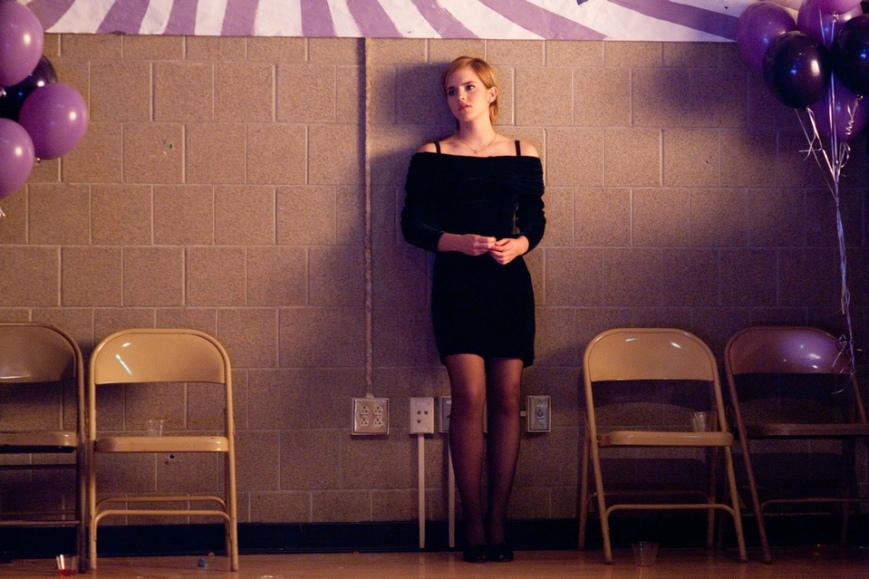 But take the motivation of wanting to find True Love and add to it an obstacle that is keeping her from finding it – her own insecurity, her own shyness and awkwardness in social situations, her own conviction that no man can love her that deeply because she doesn’t deserve that sort of love – and now you REALLY have something to work with.  Now, you can toggle throughout the scene between desperately wanting love and fearing you’ll never find it because you aren’t good enough.  Maybe you cast your eyes to the floor now and then, maybe you don’t.  But whatever you do, the audience will feel the power of both your need and fear.

3 thoughts on “An Example of Why Verbs Make a Difference”