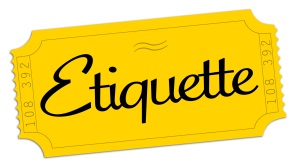 The last community theater production I was in, no less than four actors completely missed their cues to come on stage during Tech Week.

By completely, I mean everything came to a halt while they were located.  In one instance, I was about to go off stage and drag them on after improvising for about two minutes when they finally showed up.  This was only five minutes into the play.  In the other two cases, there was nothing to be done but stop the play while the actors, who were deep in the dressing rooms, were found.

Thankfully, we had no such incidents during the run, although we did have one actor come on stage a page early.  This called for some quick thinking and readjustment on our parts after the actor exited, so we could pick up the dialogue we had missed due to her early entrance and then jump forward to the scene after her exit.  Those of us onstage were pulled out of the moment a bit, but the audience remained ignorant of the problem.

I’m not sure that I’ve ever been in a play when this happened before.  Oh, sometimes an actor spaces out and comes running on stage a second or two late, but never more than that.  These occurrences, however, were pretty egregious, and two of them happened with experienced actors who should have known better.