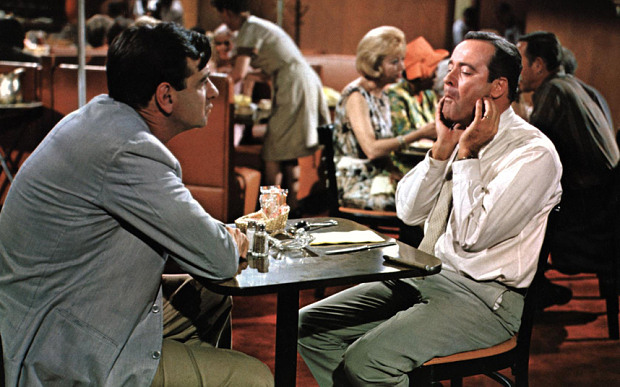 “Jack Lemmon is a director’s dream, a writer’s savior, and a gift to the audience from a Harvard man who decided to turn actor.  I never once saw Jack argue with a writer or a director.  Conversation, yes. Suggestions, yes.  Fights, not that I ever saw.  If some dialogue or a scene wasn’t working, Jack assumed it was his fault and made it his business to make it work.  He rarely failed.”

This is important.  An actor needs to be curious about almost everything — not the least of which is, “Why did the playwright write it this way?”  But too often, I see actors assuming that whatever is challenging them is the playwright’s fault, not theirs — and they move to this position pretty quickly, before they’ve had the chance to explore all the different ways of saying the line that they hate.

I’m pretty perceptive and have an instinctive understanding of the general intent behind dialogue, but sometimes I can be incredibly dense about the meaning of a line.  There have been times when I have gone through three weeks of rehearsal struggling with a line until I finally have the courage to admit that I simply am clueless about what it means or how I should be saying it.  More than once, the rest of the cast knew exactly what it meant and were surprised that I didn’t, and they enlightened me.  I fleetingly felt a little stupid, but I was sure glad to have it clarified.

There have been a couple of occasions where I never cracked the nut on a given line, but whatever I was doing was not, I assume, too offensive, or the director would have said something.  But I was never comfortable with the line and never felt that I delivered it with emotional honesty.  HOWEVER — I still assume the error was mine, not the playwright’s.  If I believe in and trust the rest of the play, and there are just one or two lines that I am struggling with — well, the odds are good that I’m the one at fault.  As a playwright, I can tell you that I don’t write anything that sounds discordant in my head.  There may be different ways of reading a given line, but there is always at least one good way to read a line — because that’s the way I heard it in my head.

So as an actor, I assume that if I’m missing the mark, it’s because I’m not creative enough to figure out what it sounded like to the playwright when it was written.

“He is also appreciative and complimentary to the written word, and if he doesn’t like it, he will play it full out anyway and let you pick up that it doesn’t work.  He once said in an interview, ‘Neil writes in definite rhythms and as in music, you can’t skip any of the notes.  If his prepositions and conjunctions, such as but, if, and, or, and it are left out, the music is wrong.’  When I heard this, I was taken aback for a moment.  I was unaware that this was true.  I never said to an actor, ‘You left out the but in that sentence.  I need the but.’  It was the actors themselves who felt they had skipped a beat.  In one play I did, the leading actress came to me during previews and begged me to take out a line.  It was not the first time she had brought this up, and I kept saying, ‘Let me think about it.’  Then one night she was adamant.

“‘Neil, please take it out.  It’s only a short sentence but for me it interrupts the flow of the speech and takes the emphasis away from the point the character is trying to make here.’

“I liked the line but I trusted her instincts and without any fuss, I finally agreed that she could drop the line.  She hugged me in gratitude and went out onstage that night and did the speech.  But she did not omit the line.  Puzzled, I searched for her when the act was over and asked, ‘Did you forget to leave the line out?’

Imagine if a song was missing some notes — you would notice that, wouldn’t you?

It’s more obvious in a song, but it’s just as true in a play.  I’ve talked before about the fact that altering lines by just a word can affect the humor in a comic line.  You may not think that the presence (or absence) of a conjunction can completely change its humor, but it absolutely can.  That’s why some people can tell jokes and you’ll laugh, and someone else can tell them same joke and it will fall flat.  Humor is very musical, and if you get the rhythm or the lilt wrong, it ain’t funny any more.

Even if it isn’t a joke, every character has their own cadence, their own way of speaking.  Tossing out (or even worse, adding) what seem like inconsequential words — connectors, like and and but, or articles (the and a), delaying words like well and um — changes the music of the line.  An actor can use the jazz riff emotionally, but you’ve got to be part of the symphony orchestra when it comes to the words. 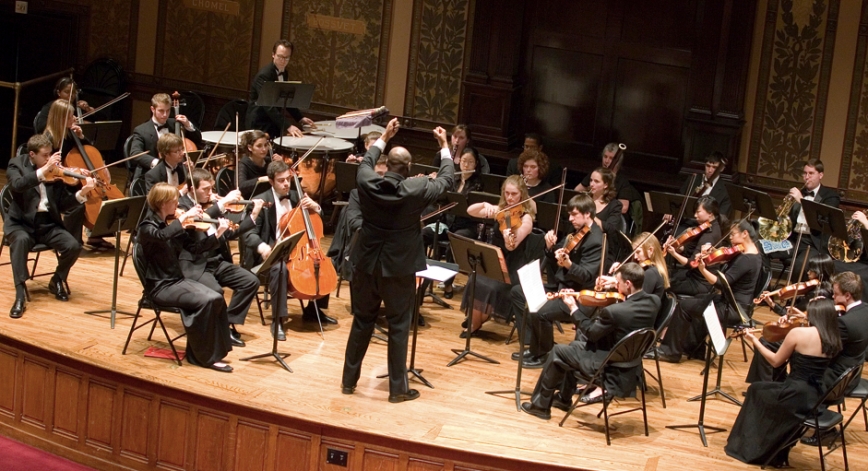