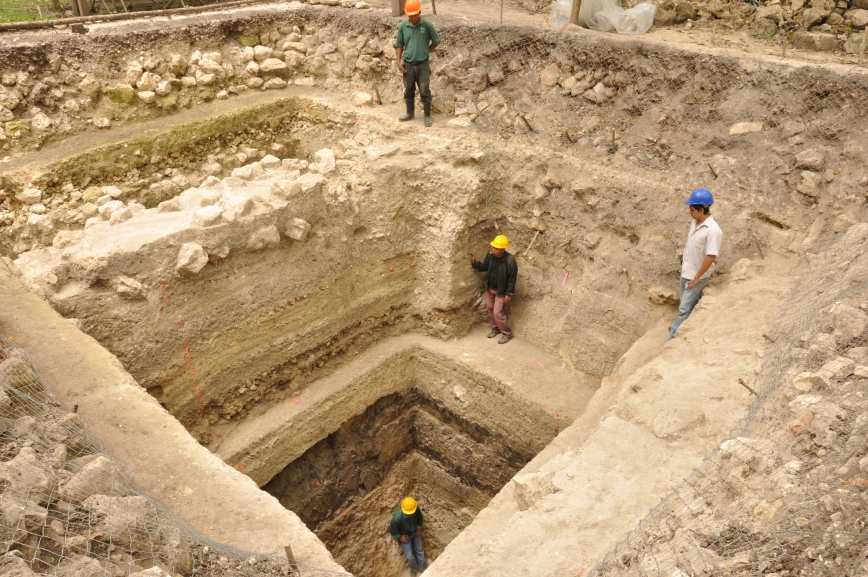 Diamond lines are lines that come with baggage.  They reveal a character’s history, something that has shaped who they are.  They ask you to go on an archeological dig.

The fact that the playwright throws them into the script tells you that they are critical to understanding the character and what she does in this play.  If she was the homecoming queen and the playwright doesn’t mention it, then being the queen wasn’t a defining moment for her or, at least, its ramifications (how she felt about it, how others reacted to it) don’t impact what happens to her in this play.

However, if the playwright does let this fact drop, it means it matters.  Was it a defining moment for her?  Is it is past glory that she clings to or one she wants to shed?  Has it affected how the men in her life view her, and is that a good thing or a problem for her?  How strong is her sense of self?  Does she need public approbation to feel good about herself?

Diamond lines usually jump out at me, but I also comb through the script to look for them.  Sometimes they are subtle, and you may not realize until halfway through rehearsals that there is really more buried in that line than you gave it credit for.  This is normal, but think what an advantage you have if you recognize what the line has to offer earlier in rehearsals!  Objectively looking at lines to see what they might mean is a way of finding them early.

So once you find your diamonds, what do you do with them?

Let’s start with what you SHOULDN’T do:  “Decide” they mean X, and then play X.

For example, let’s take Bea’s line about apologizing to no one.  You could take that to mean that she doesn’t give a damn what anyone thinks about anything she does and play that, but it’s a bit simplistic.  For instance, it assumes that she behaves that way in all situations, and that’s unlikely.  She’s too likable a character for that to be true.

That approach also may assume she’s a little “in your face” about what she does:  “Take me as I am or don’t take me, I’m not changing for anyone”.  This, too, might have some validity, but it’s an extreme position, and while I believe in amping up your stakes by going as far as you can with something, that’s a very different thing than defining your characters by taking their personality traits to extremes.  People are very complicated beings, full of contradictions.

So one place to start is by taking what it seems to say about Bea – that she doesn’t apologize – and imagine circumstances under which she would.  What makes her feel bad?  How does she feel about other people (because we apologize to people we care about and not often to those who drive us nuts)?

Then, let’s put the line in context.  She is speaking very specifically about her relationship with Jorgy.  This line tells me that she knows it’s an unorthodox relationship, she knows what a stir it caused in town, and she has lived with that stir for most of her life without once responding to questions or misconceptions or insults that sprang up as a result.

That’s a very difficult thing to do.  It tells me that Bea is made of steel.  (But again – where are the weak points in her steely frame?)  It also tells me something about how she feels about Jorgy.  You only can keep silent in the face of personal attack if you know, with every fiber of your being, that you are doing the absolutely right thing.  Bea loves Jorgy so deeply that she is willing to sacrifice everything for it.

Did she make the right choice in doing this?  Not for you, as the actor, to say.  Only for you to examine the reason for the choice and the impact of that choice.  What did she sacrifice in order to be with Jorgy on such unusual terms?  How did it impact her marriage?  Her relationship with her daughter?  With friends?  Co-workers?

Mostly what I do with diamond lines is try to internalize what they really mean, and not necessarily in a way that I can communicate verbally to you.  It’s a matter of understanding how they make me feel.  If Bea’s choice would not have been mine, they I have to spend considerable time getting to a real place of understanding why she made that choice.

What would I be willing to stand for over time without budging an inch?  How much of a conscious choice was this and how much was simply who Bea is?  Were there moments when she almost responded to someone and didn’t, held back at the last minute?  What did that feel like?  If Bea had chosen to respond, what would she have said?  Would what she would have said changed over the years, as she matured?  After Jorgy’s wife died?  After her own husband died?

You need to simply sit with diamond lines and let them work their magic on you.  They always have layers to them.  How much of what drives them is genetic, and how much environmental?

Revisit diamond lines over and over again.  In the shower.  While driving.  Waiting in the checkout line.  Keep pushing deeper into them, both intellectually and emotionally.  Sift through your character’s history and heart, brushing away the dirt that covers your diamond.  Discover all of the diamond’s facets, not just what first meets the eye.