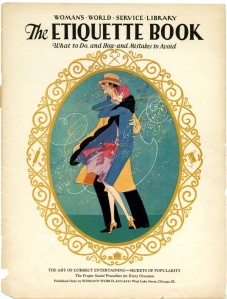 Knowing what to focus on and when is part of good storytelling.

Is your character the focus of the scene, or does it “belong” to someone else?  For instance, when one character has a long monologue, she is generally the focus of whatever is going on onstage.  That’s pretty obvious.  But all scenes have a focal point, and it’s your job to figure out who and what it is.  Focal points exist no matter how many people are on stage, and they often change throughout the scene.

For instance, there are a number of scenes in A Streetcar Named Desire that have Stanley, Stella, and Blanche on stage at the same time.  Stella is often a secondary character during them, although she has moments when she comes to the forefront.  The actress playing Stella needs to know when to “retire” to the background and when to insert herself into the action.

Having speaking lines doesn’t necessarily mean that you are the focus of attention, however.  Playwrights often have a primary character be silent during a scene, and yet all the attention needs to be focused not on the ones busily talking around them, but on the silent character.  How he is taking in everything that happens in the scene is the point of it.  For instance, when Prof. Higgins and Colonel Pickering ignore Eliza Doolittle in the scene after the ball in My Fair Lady, it is Eliza whom the audience needs to be watching.  The whole point is that the men are ignoring her, and she doesn’t like it.

Focal points can easily change multiple times during scenes.  Even if there are just two people on stage, one character is probably dominant at any given moment.  If you look at my beat breakdown for Moonlight and Magnolias, which you can find here, you’ll see that I list one character in each beat as being “major” and everyone else is “minor”.  Whoever is the “major” character is where the audience’s focal point will be, and the actors have to be sensitive to that.

The identification of where the focal point is in each beat was something I did as the director – that’s one of my jobs as a director, to make sure the focal point is clear.  However, the actors need to be sensitive to it as well.  It’s a dance.  Deferring to the “major” character in the beat is sort of like opening the door for someone.  Be gracious when it is someone else’s “scene”, but don’t be afraid to walk through the door yourself when it becomes yours!