Choosing verbs can be challenging.  We tend to go for nouns, not verbs.  We’ll throw the verb “to be” in there so that it seems like a verb, but it’s actually a passive verb serving the noun.  We move from “I want happiness” to “I want to be happy”, but it’s really just a noun in disguise.  Your acting is better served, instead, by choosing active verbs.

Let’s take a common motivation in plays:  “I want love” or “I want you to love me”.  Passively stated, right? 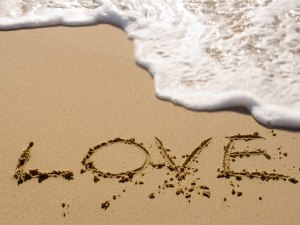 I want this thing called love to come to me.  But remember, acting is about action.  It’s about characters actively pursuing what they want.  So we have to state this desire to be loved in a more active way.  Here are some examples:

Child’s love:  If a parent is withholding their love, we will typically turn cartwheels to get it.  “I want to prove myself worthy of your love.”  “I want to make you finally tell me that you love me.”  “I want to show you that I am lovable.”

If asking yourself what you want leaves you feeling baffled, try thinking in terms of “why am I saying this?”  None of us talk just to talk.  Even those who seem to do so have a reason – silence is scary because it means dealing with your feelings is a common one.  So what you want to figure out is “what is your character hoping to achieve by saying what he does?”

Sometimes you’ll find several beats within a scene that seem to have the same verb.  If so, it’s a good idea to try to find synonyms so that each beat has a different verb, giving it a slightly different tone.  Often, choosing verbs that allow you to escalate is useful.  For instance, you might go from Explain to Persuade to Convince to Sell.  Flirt to Tempt to Seduce.  Ask to Barter to Offer to Buy to Beg.  Inquire to Probe to Push for an Answer to Demand.

The verbs that may jump to mind first will probably be ordinary ones, like explain or understand or ask.  If you can change them to more specific verbs (like Probe, instead of Ask), your acting will become more powerful and interesting.