In acting, “Justifying the Text” means making sure that whatever the playwright has written in the dialogue makes sense to the audience.

If you come into my living room and I say, “Please, sit down,” and nothing indicates that you don’t sit down, the odds are very good that you do sit.  If you don’t sit, the audience will spend the next two minutes wondering why you don’t, and they’ll miss everything that happens in that two minutes.  So to justify the text, you should sit.

If I ask you if you’d like coffee, and you say yes, then the odds are that I’m going to get you some, whether the script indicates this or not.  Unless you have a line at some point where you say, “And never mind about that cup of coffee you never got me!”

These are the easy, obvious examples of what we mean by justifying the text.  But there are lots of more subtle ways in which we need to justify the text, too.

If you and I have a scene together where I start to cry, you need to look at whether or not you say something that triggers my crying.  It’s not just about me crying on cue, just because the text says I should.  The responsibility for my crying doesn’t rest solely on my shoulders.  We are partners in this scene.  We are equally responsible for everything that happens in it. 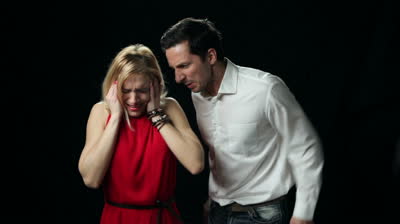 If I cry in a scene, the odds are pretty good that you’ve done something that makes me respond that way, or you are at least a contributing factor.  Perhaps you’ve insulted me about my weakest point.  If that’s the case, then to justify the text, you need to be sure that you’ve insulted me sufficiently to provoke my crying.  Who your character is and what my character is like will have an impact on how you go about doing that, but the connection between your criticism and my crying must be clear to the audience.

Again – if it isn’t, it is distracting to the audience.  An audience is an infallible lie detector.  They’ll notice if there is no logical emotional connection between what you said and what I do.  It bothers them.  They wonder about it.  They try to figure out which actor screwed up.  And they miss another two minutes of the play.

It’s your job to make sure they don’t miss even five seconds.

2 thoughts on “Justifying the Text, Part I”