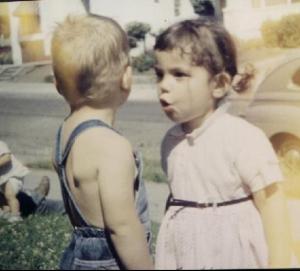 So you’re working with an actor who you think is usurping the rights of the director.  What do you do?

First, look at yourself:

Are you sure you are making an objective assessment?  Emotions and egos are always vulnerable in theatrical situations, no matter how confident you are in your own abilities and value.  If someone’s comments touch on your own your performance, it may be a little inappropriate, but you also may be overreacting just a little.  Another actor may simply be trying to help, not direct the show.  Their desire may be misplaced, but it comes from a good place.

Is the director aware of what is happening?  If she is, then you can consider it is sanctioned.

But let’s say that the actor in question believes they can do a better job than a perfectly competent director, is trying to make themselves look good on stage, or is threatened by how good your performance is and wants to take away your thunder.

My first response tactic?  Ignore it.  As far as I’m concerned, my acting choices are up to my director and me.  If the suggestion from another actor is made in such a way that I can easily ignore it, I will.  Even if they are a little pushy about it, I’ll ignore it when I can.  I’ll even nod and sort of shrug as if I’m legitimately considering it, but not change a thing.

Next?  Decline.  If the suggestion doesn’t make sense in terms of what I know about my role, I’m not going to do it.  “Thanks for the suggestion, but I don’t think it’s the right choice.”

I grant you that these are easy responses for me.  I know how good I am, I trust my choices, and I have the courage of my convictions.  I can politely and respectfully say “No” in such a way that no one will challenge me on it.  But that’s not in everyone’s skill set.

Next?  Throw it to the director.  “Hey, Director, Jane here has an idea for this scene.  [Briefly describe it.]  What do you think?”  (This is especially useful when the other actor is making a suggestion that benefits their own stage time more than it does the play.)

If for some reason this approach doesn’t work for you, talk to the director privately after rehearsal.  Tell him about the other actor’s suggestions and your concerns.  Odds are he’ll address it in the next rehearsal of that scene in such a way that it can’t be traced back to you.

If you’re really confrontational — in the nicest possible way, that is; there is no winning in the production of a show by getting into a fight with anyone else — and you can articulately justify your own choices and explain why theirs don’t work, more power to you.  I can do this because I’m confident I will usually win the argument, and if I don’t, then I have learned something that will help my performance.  But not everyone can do this OR is open to the idea that they might be wrong.

If an actor is proposing something that I really think is off the wall, or they persist in their ask of me, or they are just plain obnoxious, I go into my “dumb blonde” mode.  Having been a natural blonde all my life, this is a routine that I have found very helpful in a variety of circumstances.

Being a “dumb blonde” means not acknowledging their self-interest in any way, but focusing strictly on how their suggestion impacts my interpretation of my own role.  I “take it very seriously”, discussing the pros and cons, and end with, “I’m sorry, I’m sure it’s a great suggestion, but I just don’t think I can make it work.”

But again — if someone is being a pain during rehearsals, don’t stress about it any more than absolutely necessary.  The director is the only one you need to listen to, and the intensity of the rehearsal period is such that bad energy isn’t worth it.  Keep it light, let the bad stuff bounce off you, and move on!