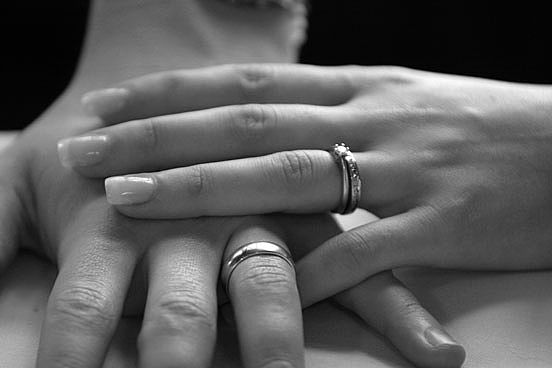 Given that both Jorgy and Bea are single now, it is difficult to imagine a reason for them not being lovers at the time of the play.  They both clearly state that they love each other.  However, they are both very principled people, and it isn’t very difficult to imagine the possibility that as much as they love each other, they would have considered physical infidelity when they were married to be beyond the pale.  They can’t do much about the emotional infidelity – it’s simply there.  They can, however, technically remain true to their marriage vows.

If they were faithful to their spouses, perhaps Jorgy was the reluctant one.  Maybe they got into some heavy necking late at night in the office a few times in the early days, and while poised on the brink of a full-fledged affair, Jorgy searched his soul and decided his obligation to Fay was greater than his love for Bea.  Bea may have been willing to throw caution to the wind, but he was not, and so she settled for what time she could get with him.  Or perhaps there was one night that the inevitable happened, but one or both decided afterward that the commitments they had made to their spouses trumped their feelings, and that was the end of their sexual contact for years.

That would explain why the company, as Kate says, became Bea’s life.  Any moment she could spend with Jorgy was preferable to spending time without him, so working long hours prolonged their “intimacy”.

So how much did everyone else in the town know about their love and their true relationship (whatever it was), and when did they know it?

That they were in love would have been clear to everyone who saw them together.  If there was no physical relationship, those glances at each other were sufficiently laden with love that the rumors Bea refers to would have started.  And because Bea was both proud and because nothing actually was happening between them, she would have refused to acknowledge the gossip, even to deny it.

Of course, if they were having an affair, she would have refused to acknowledge the gossip then as well.  You can go either way with this.  But let’s carry the idea that they didn’t have an affair a little further, to see where it leads us.

When Fay died, Bea almost moved in, but didn’t.  What exactly happened then?

Perhaps Bea saw the opportunity for the two of them to finally be together.  Kate was grown, so there was no need to stay in her marriage for the children.

Perhaps Jorgy asked her to; maybe he didn’t want to be alone, or maybe he had been the one who had refused to divorce his wife, and with that obstacle gone, why not do what they had both longed for for years?

No one could be more deeply and truly in love.  So why didn’t they move in together?

Perhaps it was Jorgy who declined, saying that Bea’s marriage had the same sanctity that his own did, and that she needed to stay in it till death did them part.  Or perhaps it was Bea who realized that she couldn’t walk out on a thirty-year marriage.

So what happened when Bea’s husband died?  Did Jorgy and Bea move in together then?